Sponsored by the leading businesses of Llandudno
Main Sponsor in 2009: Regency Royal Hotel. 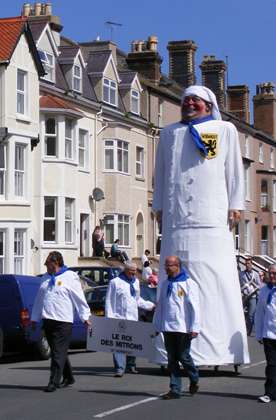 Llandudno welcomed many famous attractions in 2009. On the Saturday and Sunday the Wormhout giants, their town band and the Mayor of Wormhout with his consort visited from Llandudno's twin town in France.  Right  -  The Wormhout King of Giants  -  in the 2009 Saturday Mid-Day Parade.

The "Welsh Mountaineer" special train from Worcester to Blaenau Ffestiniog called at Llandudno on the Saturday Morning.

The fairground attractions  this year included for the first time at Llandudno the 1886 steam gallopers beautifully restored by Howard Brothers of Derbyshire.

Events and Victorians in Fancy Dress - 2009

Yet More Victorians in Fancy Dress - 2009

Great photographs below from earlier years: 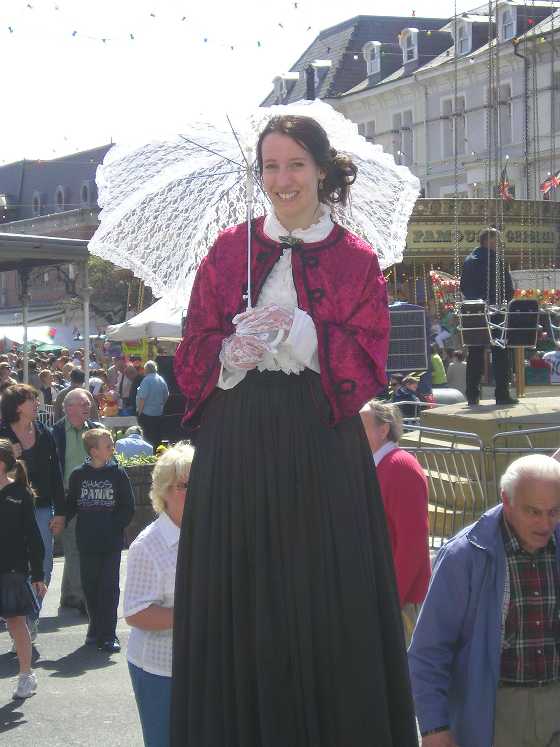 Bon Jour Madam
Welcome all - the long and the short and the tall!


Each year the organisers progress their mission gradually to return
this now famous annual event to its charm of yesteryear.
The photographs below recall the Extravaganzas of recent years.
Links at the end to previous years 2002 to 2008.

All the fun of the fair! 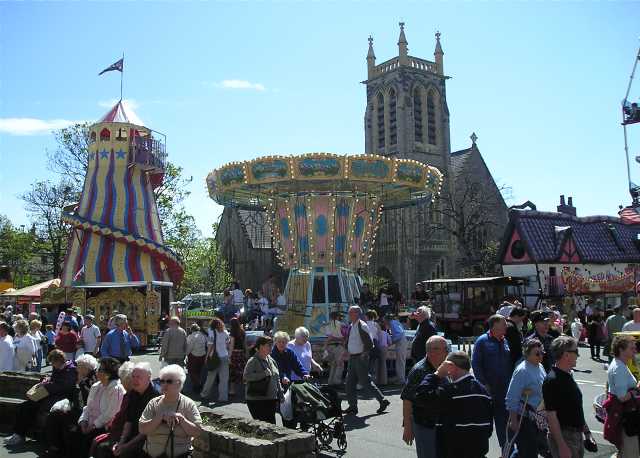 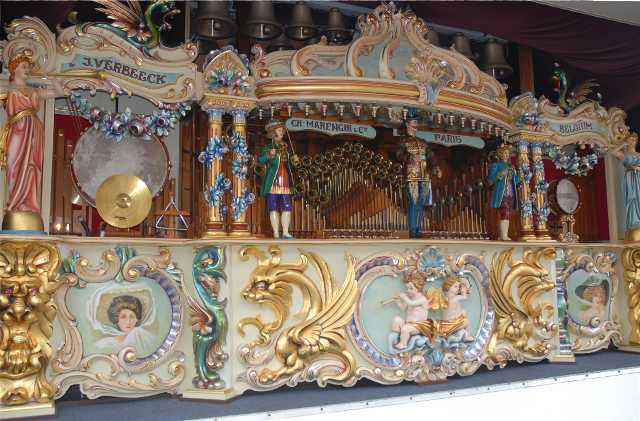 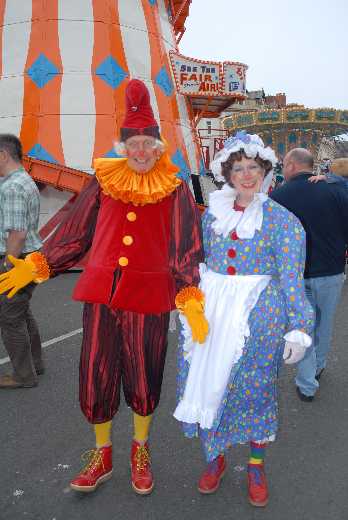 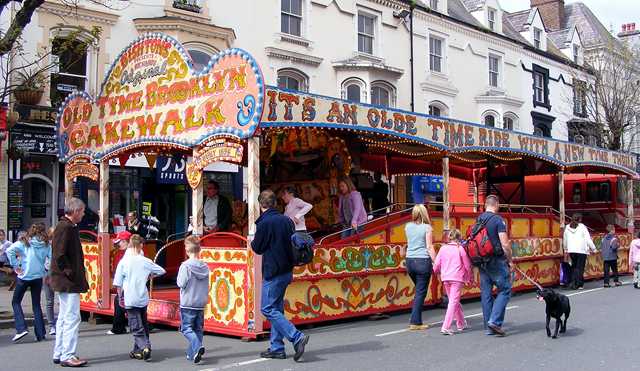 The Cakewalk is not often seen in Britain these days. 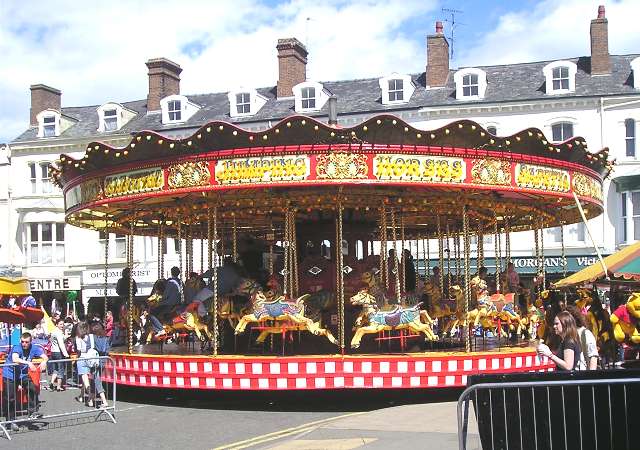 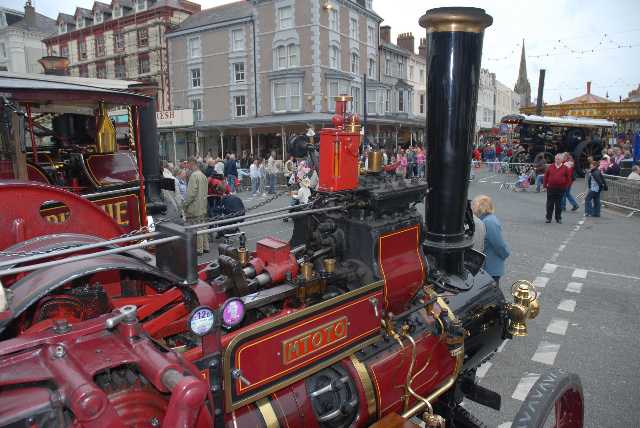 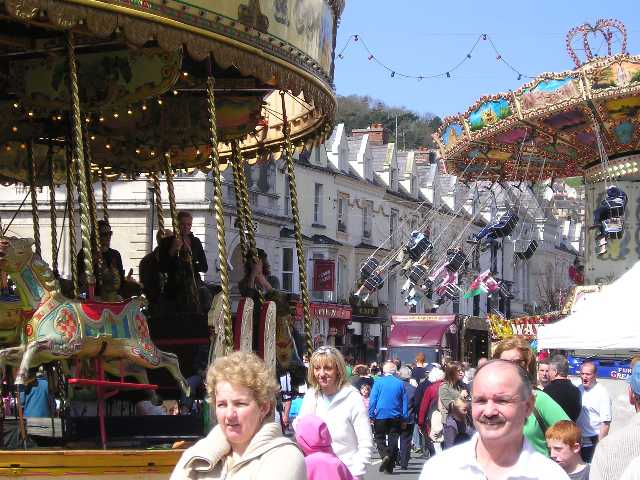 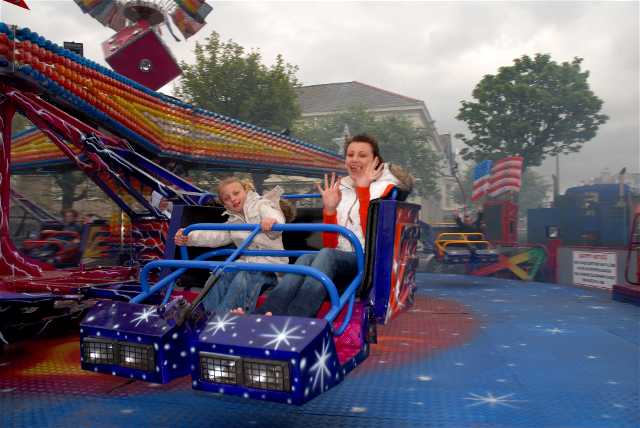 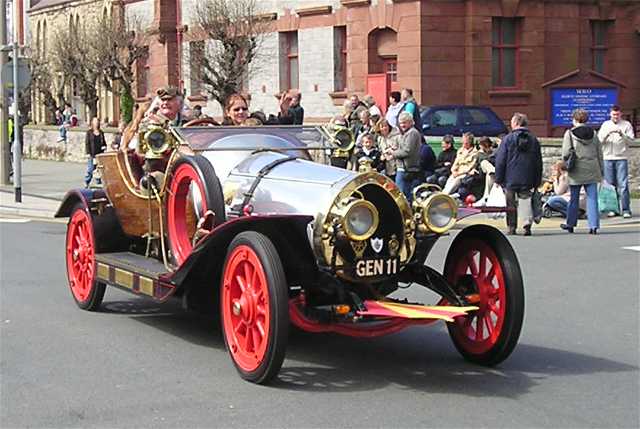 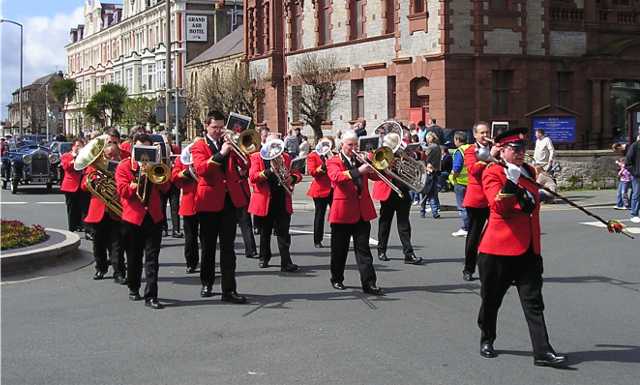 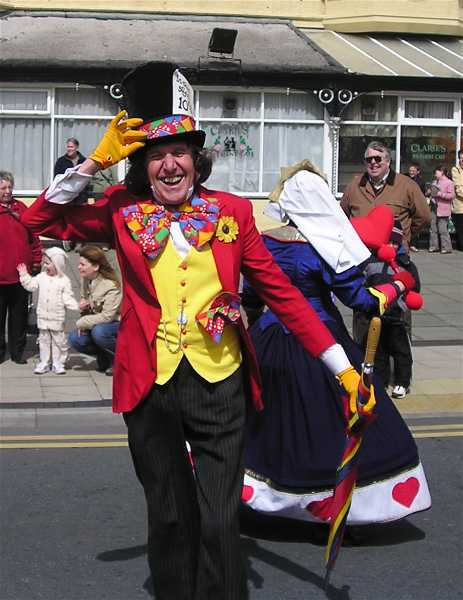 The mad hatter presents his compliments and HM the Queen of Hearts harangues the bystanders. 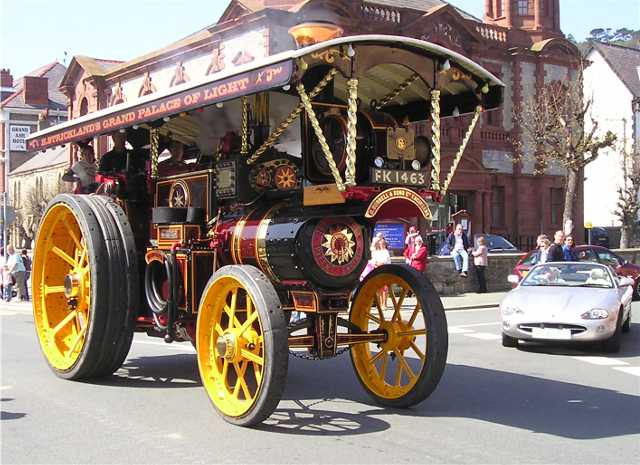 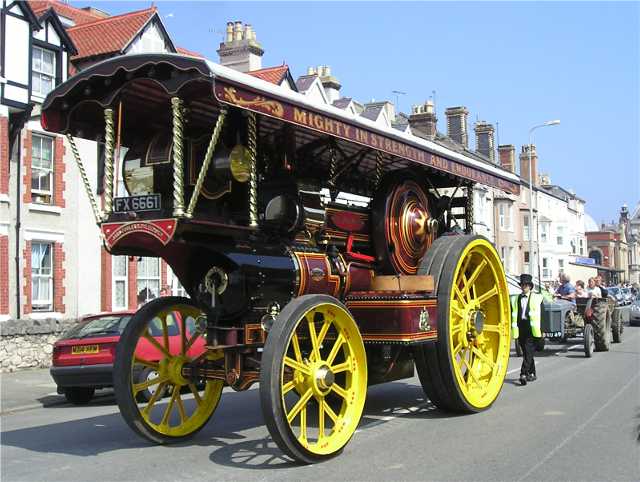 Great showman's steam engines, there are many at the Extravaganza, immaculately turned out. 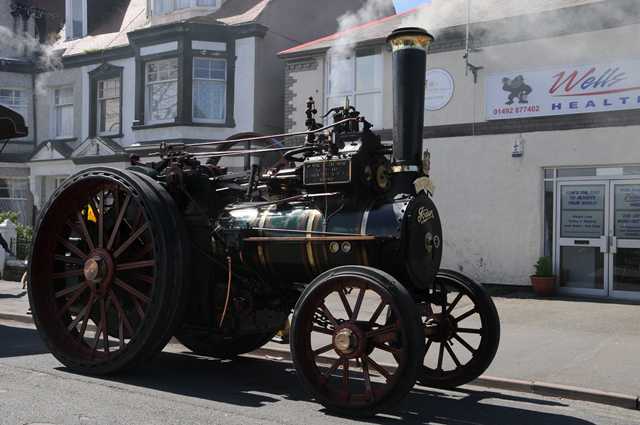 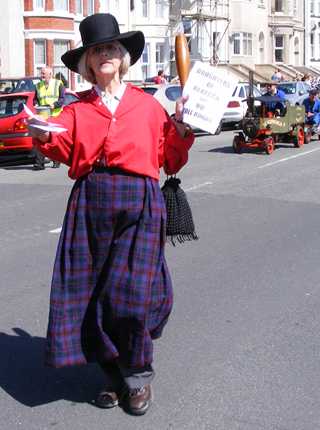 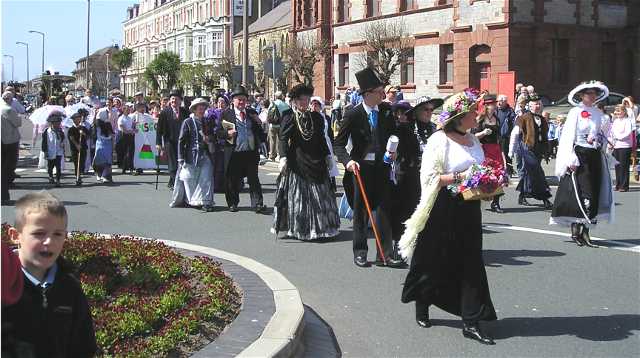 Victorian gentry join the Grand Parade each day and take part in the fancy dress competition. 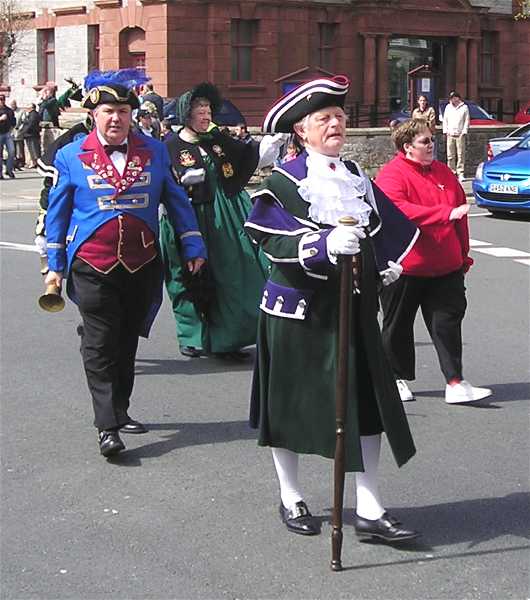 Many of Britain's Best Town Criers have joined the Victorian ladies and gentlemen in procession.. 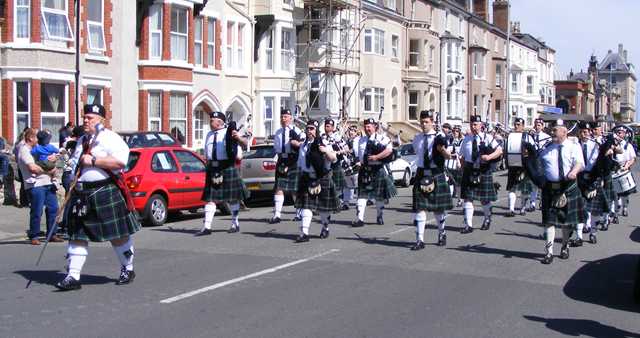 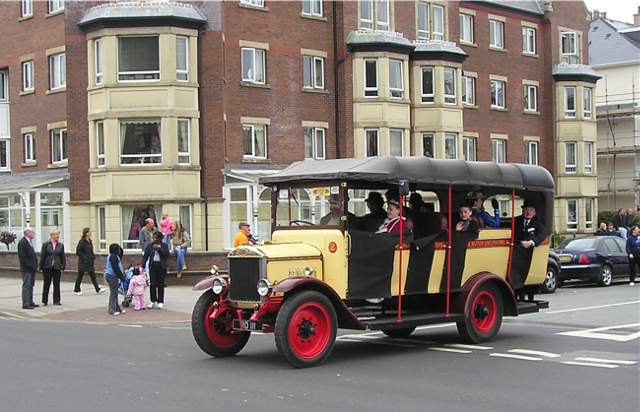 The daily parade of participating vehicles (including many steam tractors and wagons),
brass bands, and carnival troops, and also visitors and citizens in Victorian or Edwardian costume.
The parade travels through the town streets and via the promenade where it disperses. 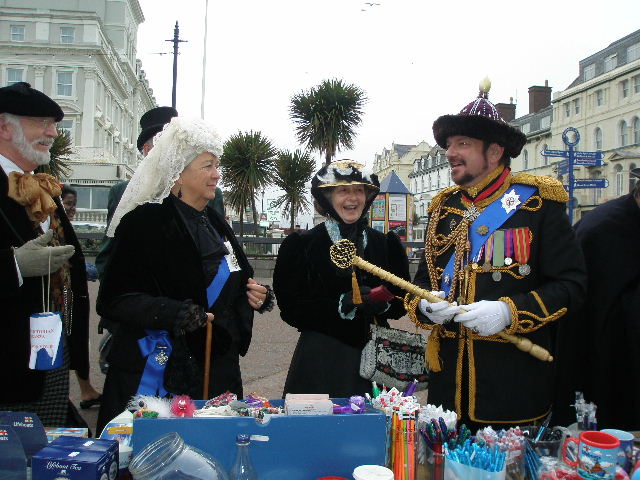 The Llandudno Victorian Extravaganza is closely associated with a display of many types of
veteran and vintage vehicles in the Festival of Transport held simultaneously
at the showground site at Bodafon Farm Park near the Little Orme. 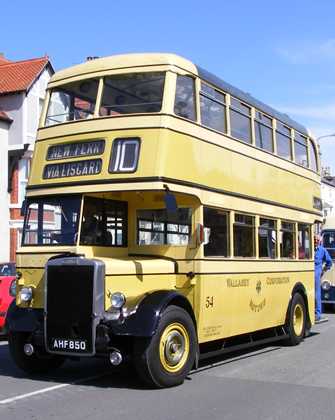 A bus service of vintage buses and coaches operates between the Showground and Central Llandudno.
Buses like this Wallasey Corporation double decker often take part in the parades. 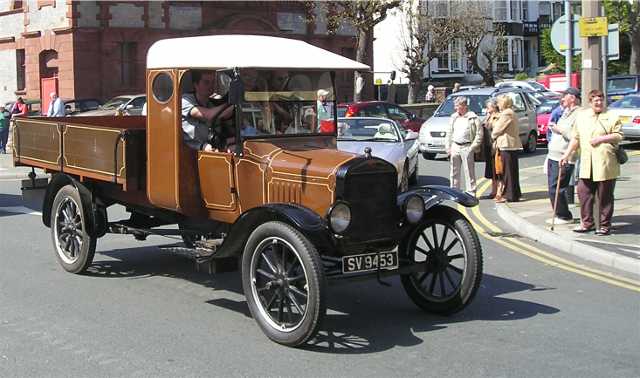 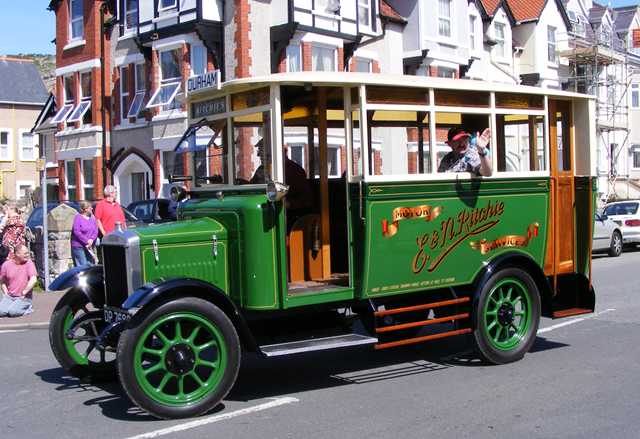 Llandudno - Queen of the Welsh Resorts