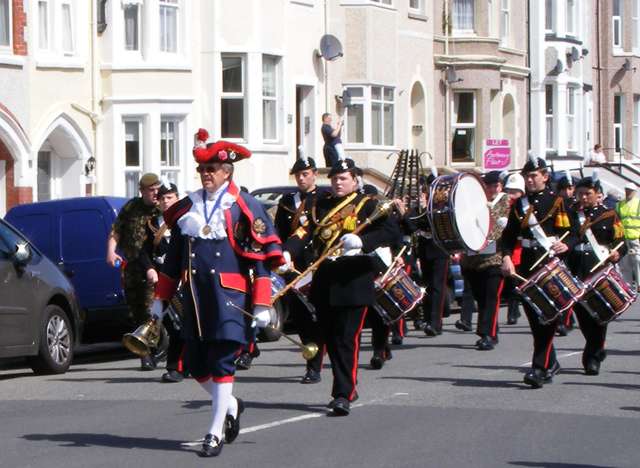 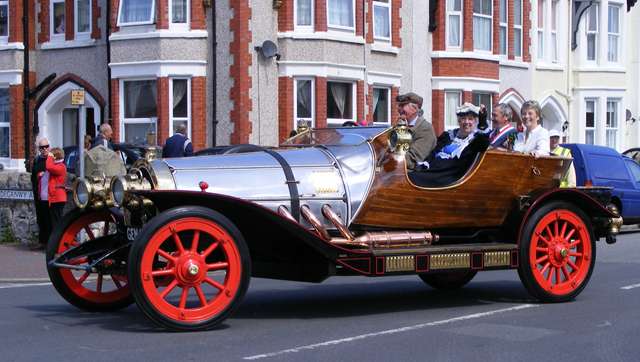 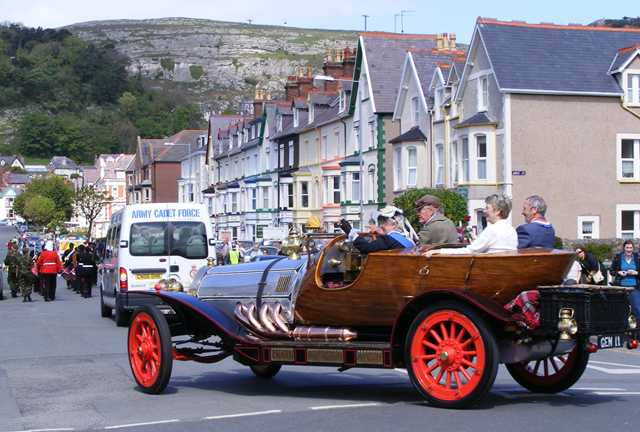 And then ..... here, from France, came the Wormhout Giants. 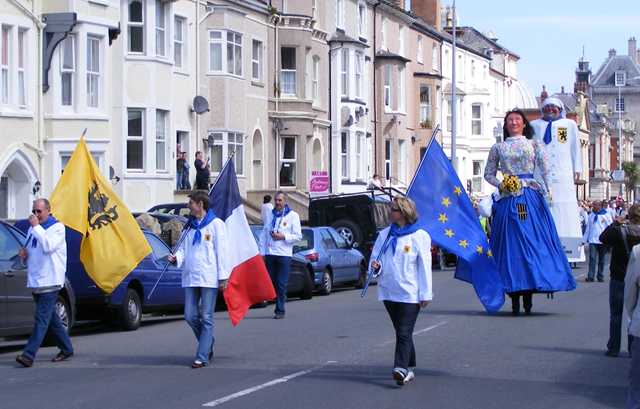 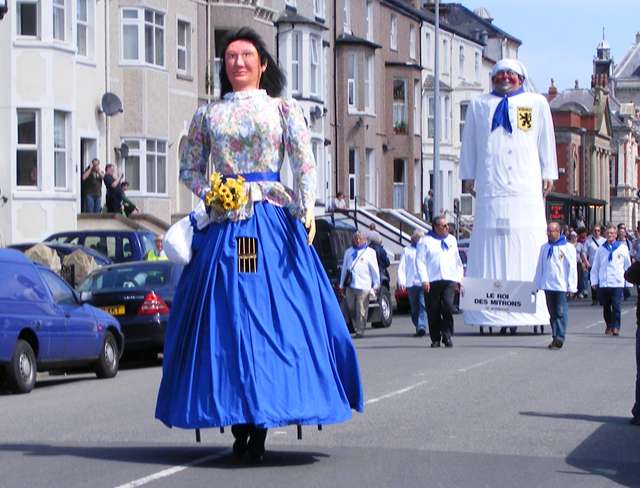 Consort of the King of Giants 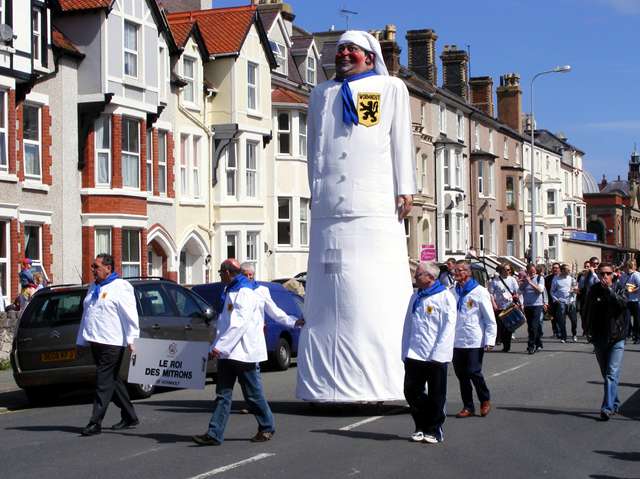 The Wormhout King of Giants with his attendants 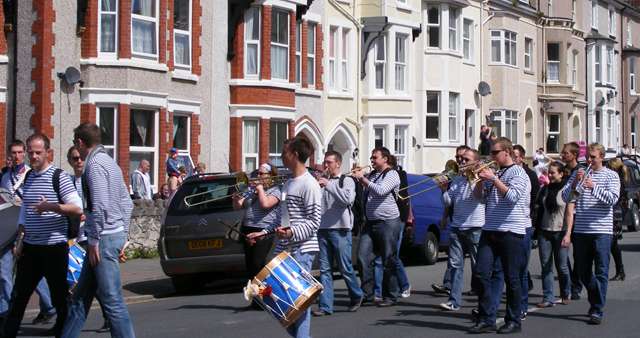 Accompanied by a section of the Wormhout Town Band 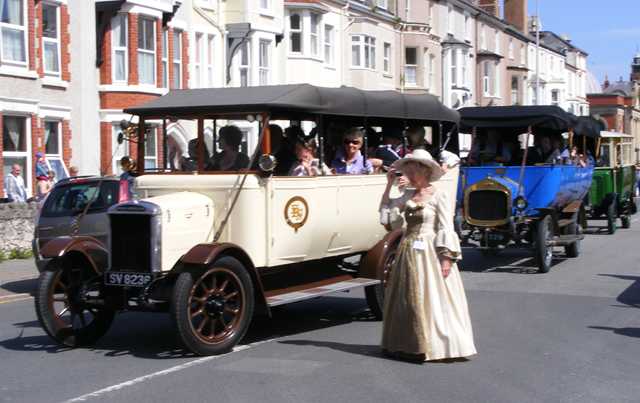 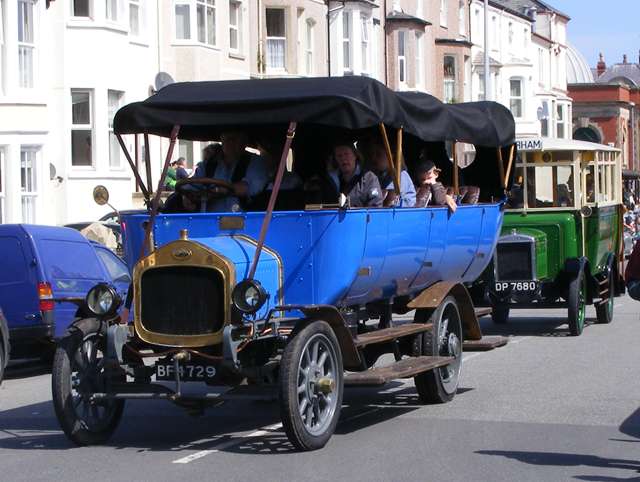 The Albion Charabanc built in 1912 and still running well. 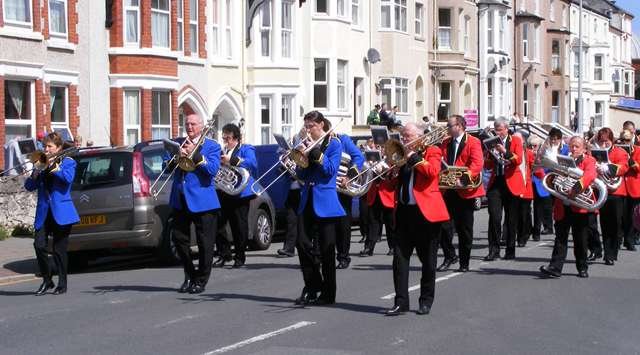 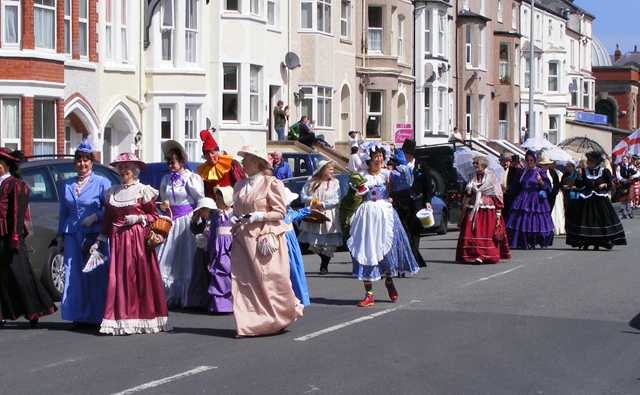 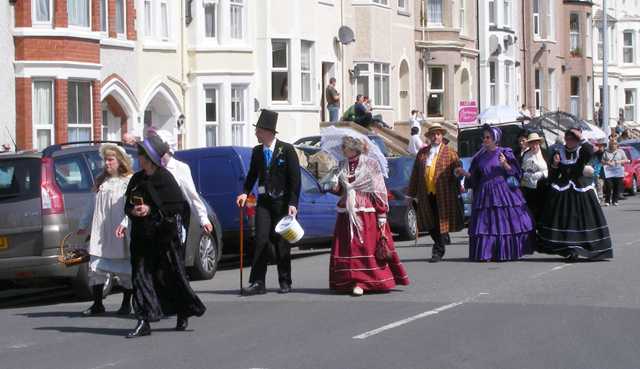 NEXT - Part 3 - the Saturday Parade Continues .....
with a band and wonderful Steam Engines

The Parade ends on the Hotel Lined Seafront Promenade 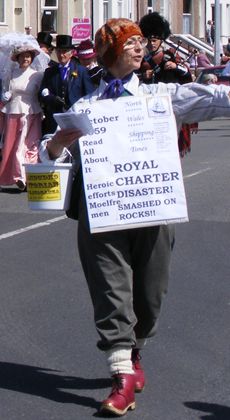 Before you go, please read below:


In the middle of photographing Saturday's parade an interesting pamphlet was given to me. It is a memorial sonnet recalling the sad loss at sea, off the coast of Anglesey, in 1859 of the "Royal Charter" a 2719 ton steel built steam clipper of 1851 en-route from Australia to Liverpool with about 371 passengers (but designed to carry 600 passengers) and 112 crew on board.


As I photographed her presence
in the Extravaganza Parade,
Miss Charlotte Peters Rock,
a one woman crusade,
charmingly bore down upon me
and thrust into my sticky hand a sonnet grand
- recalling that great loss of yesteryear.