All photographs by Noel Walley.


Photographs below taken travelling on the mid-day train from Rhyd Ddu on May 14th 2005.

View from the train in the platform at Rhyd Ddu.
In the foreground is Llyn y Gader at the head of Afon Gwyrfal. 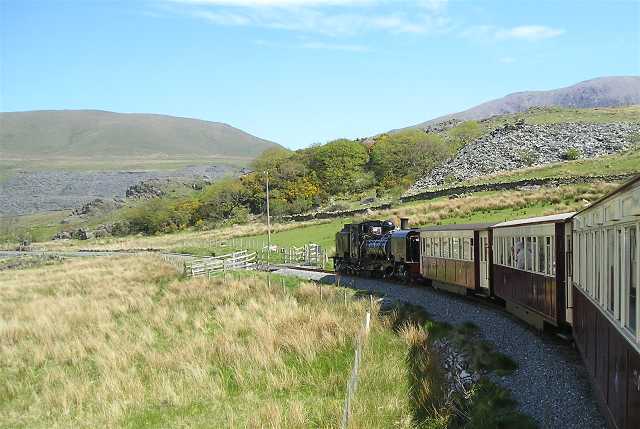 North of Rhyd Ddu the train decends the many curves to Snowdon Ranger at 1 in 40. 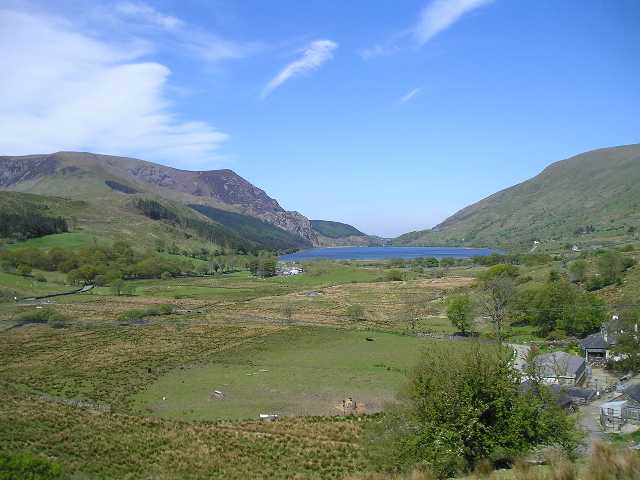 Decending into the glacial valley of the Afon Gwyrfal with breathtaking views. 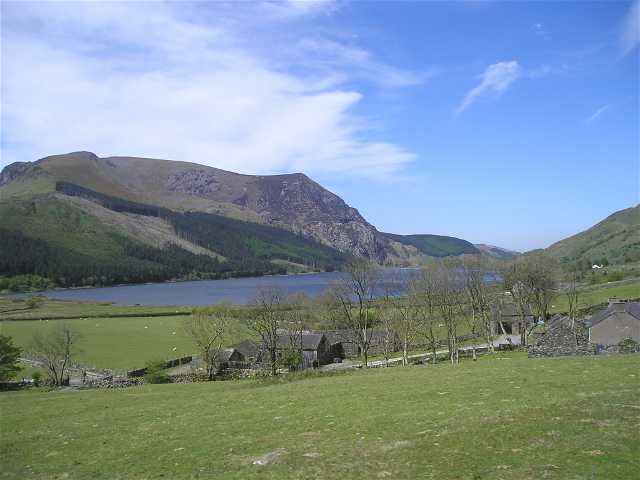 Near Glan y Afon the valley broadens to form the reservoir Llyn Cwellyn. 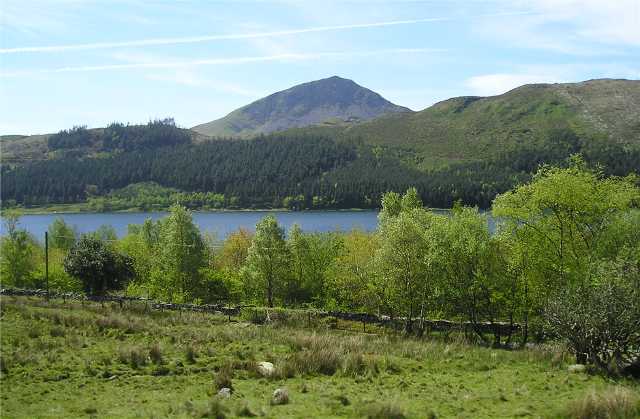 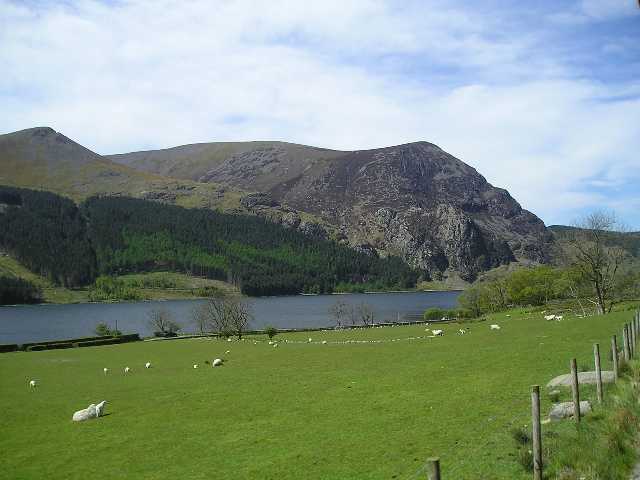 The Snowdonian lambs are still very small in mid-May
- seen against the backdrop of Castell Cidwm as the train approaches Betws Garmon. 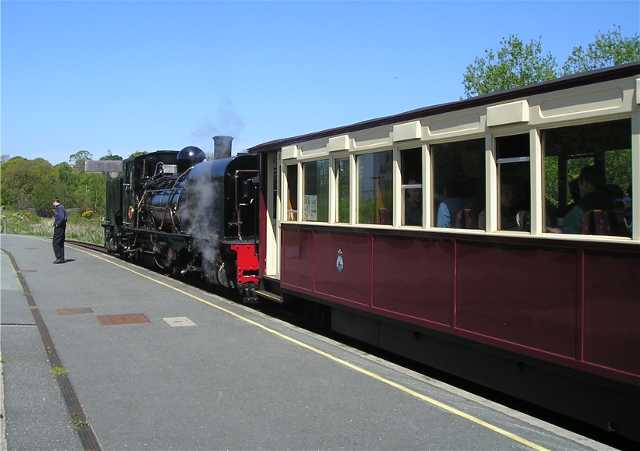 Photographs below taken travelling on the afternoon train from Caernarfon on October 5th 2005. 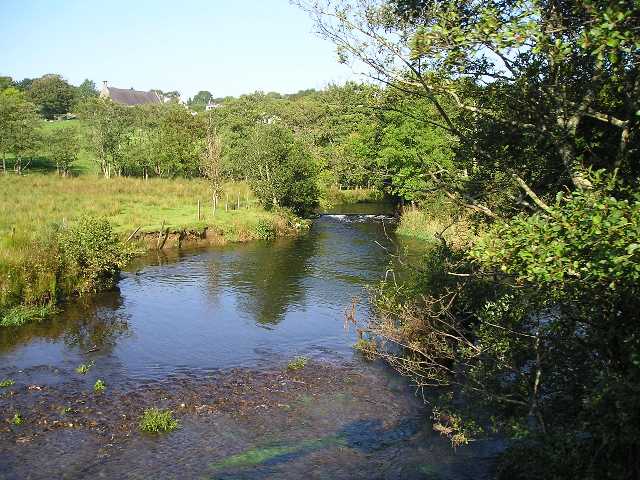 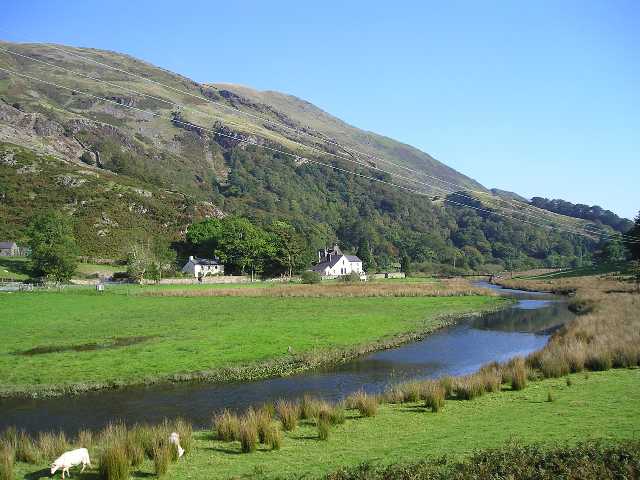 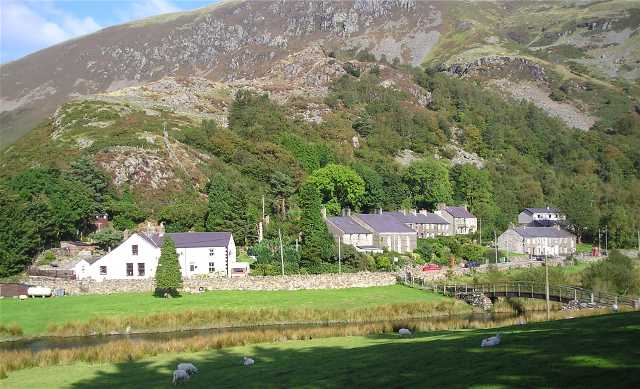 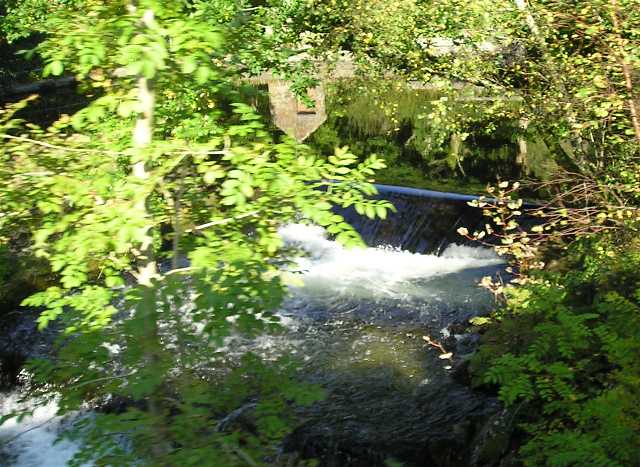 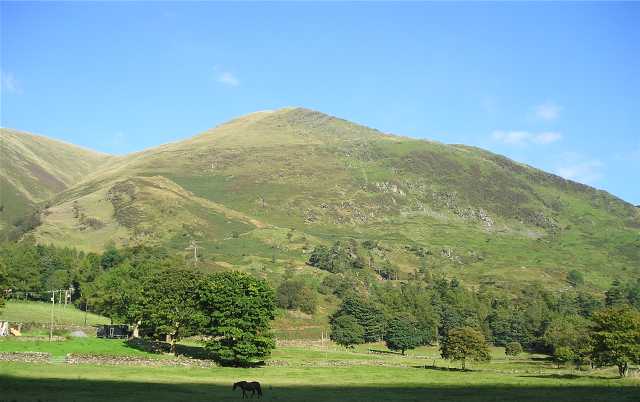 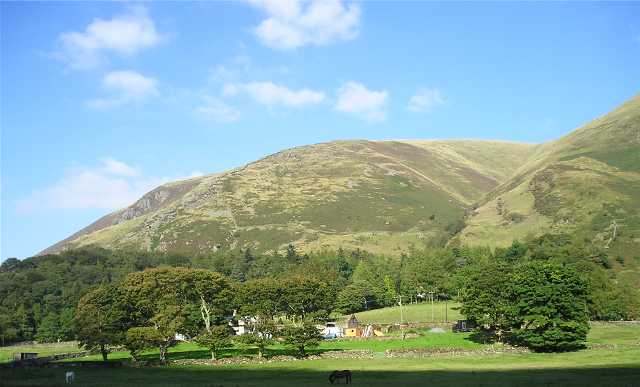 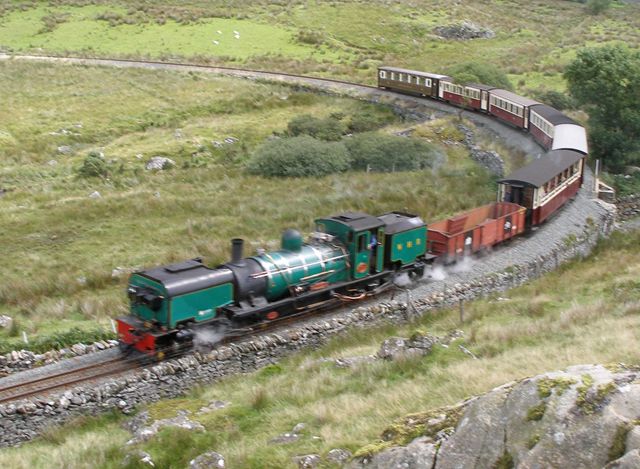 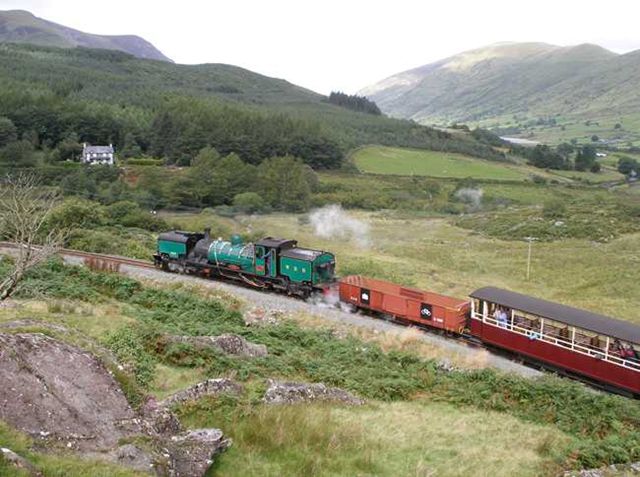 .....and proceeding thence to Rhyd Ddu
both photographs above © Elwyn Jones August 16th 2007 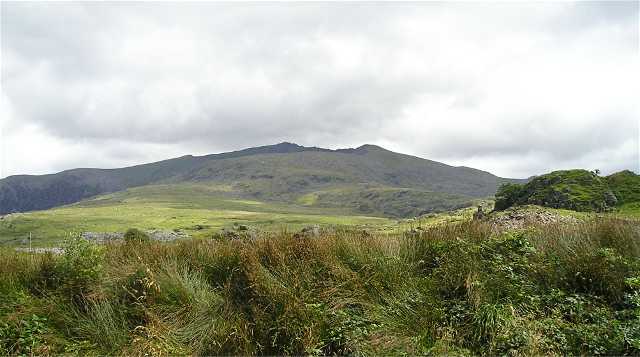 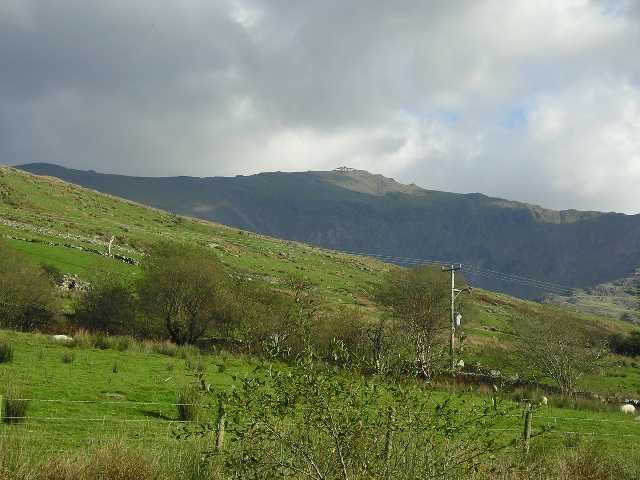 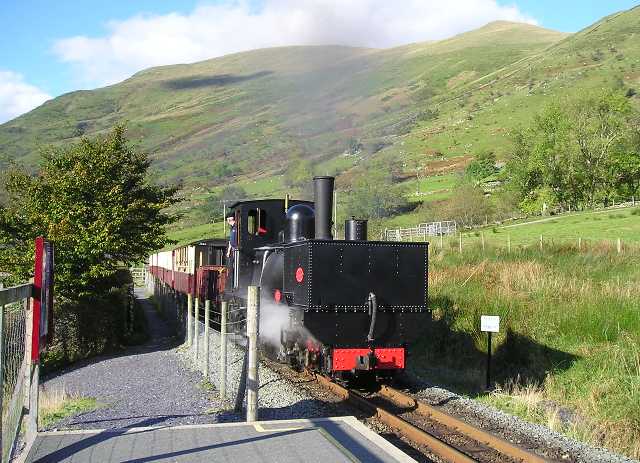 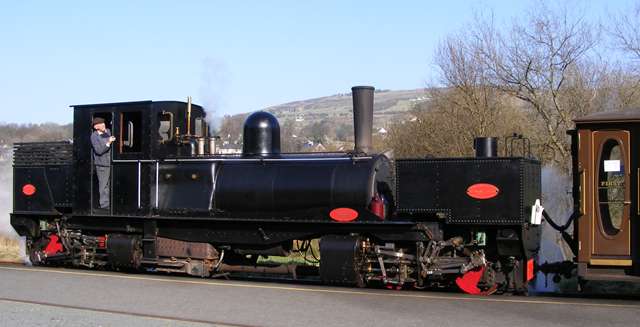 This famous locomotive, K1, built for Tasmanian Railways to the revolutionary design of
Herbert Garratt, especially for use on difficult mountain lines, was the first Beyer-Garratt
built by Beyer, Peacock & Company at Gorton in Manchester and seen here on a Caernarfon
bound train at Waunfawr on February 14th 2008. Over 1,000 such engines later, in 1958,
they built their last Beyer Garratt, NG 143 for use on 2ft narrow gauge lines in South Africa.
And here it is, also in service on the Welsh Highland Railway, to which it is ideally suited:

also at Waunfawr on a Caernarfon bound train on May 14th 2005.

Click here for earlier photographs of the Welsh Highland Railway

Golden Bolt Ceremony on completion of line to Porthmadog