The Happy Valley and the Camera Obscura


The Happy Valley is a sheltered hollow on the eastern side of the Great Orme. It is a CADW listed public park and was dedicated to the town of Llandudno by Lord Mostyn in 1887 in celebration of the Golden Jubilee of Queen Victoria. The gift and the occasion were marked by the erection of a drinking fountain surmounted by a canopied bust of Queen Victoria shown in the photograph below. Behind the fountain is the druidical stone circle erected to mark the National Eisteddfod of 1962. 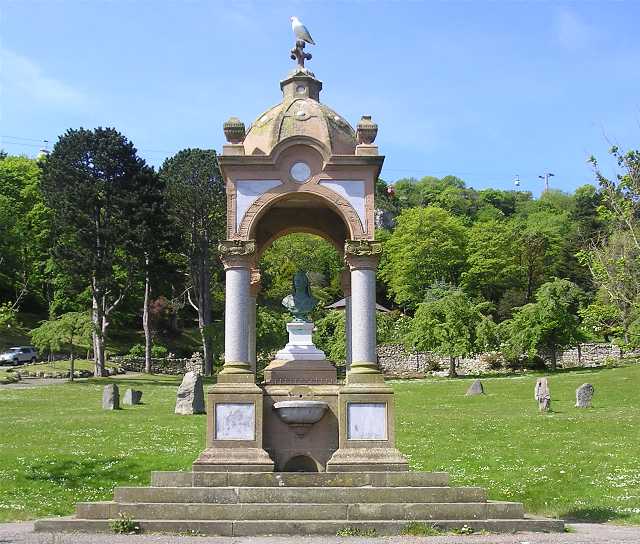 The lower slopes of the park (pictured below) consist mainly of informal gardens with a tea pavilion and entertainment centre and these are being rejuvenated with the aid of a grant from the Heritage Lottery Fund. 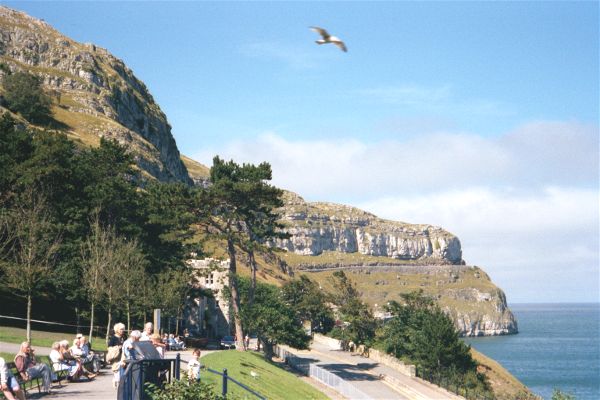 Below the Happy Valley path is the Marine Drive entrance gateway in the trees. 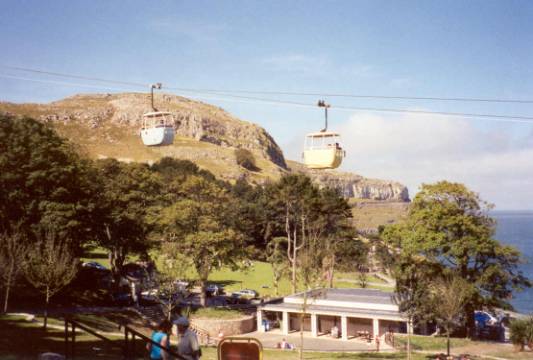 The attractions include the restored camera obscura built in 1890 and nearby the Aerial Cable Car line to the summit of the Great Orme, built in 1969.  At over one mile between the two stations, this is the longest gondola lift in Britain.  Each cabin seats four passengers. 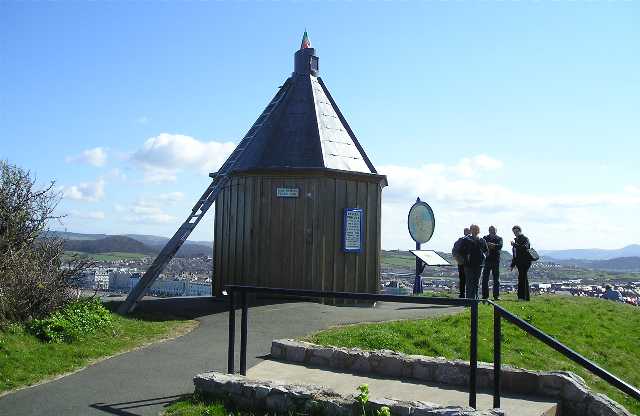 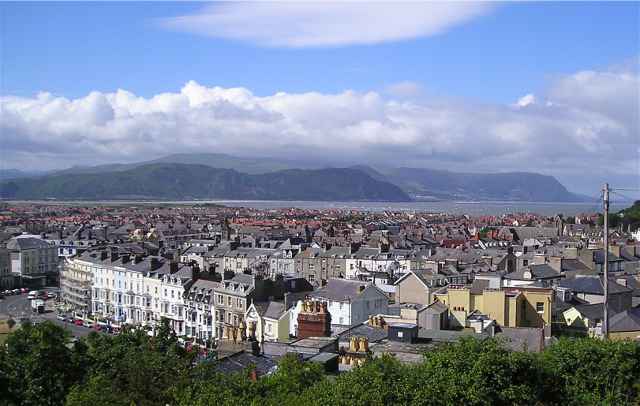 Views are spectacular - like this from Camera Obscura hill.
Within the Happy Valley the gardens are particularly fine. 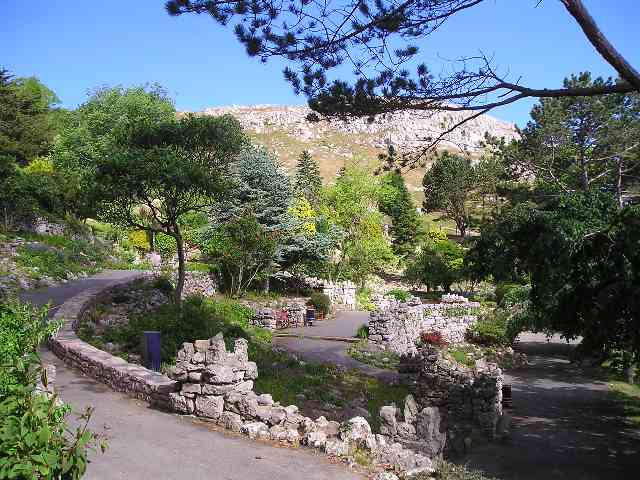 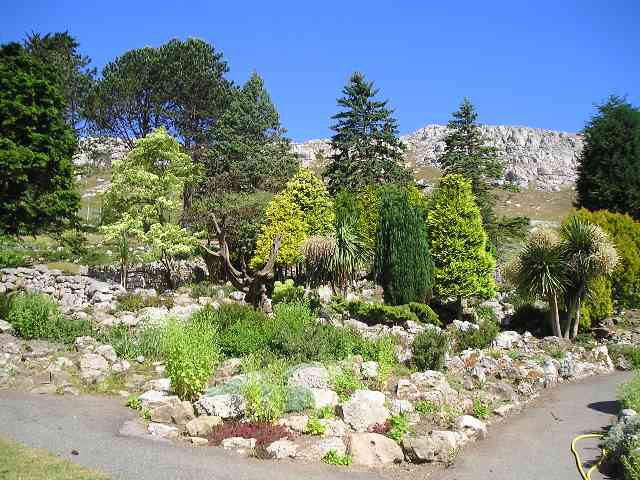 Higher up the Happy Valley there is now the Llandudno Ski and Snowboard Centre built in 1987 with a fine artificial ski slope, at 300 metres the longest in Britain. 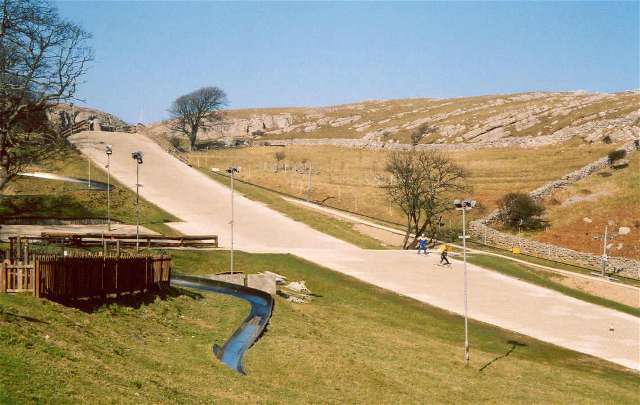 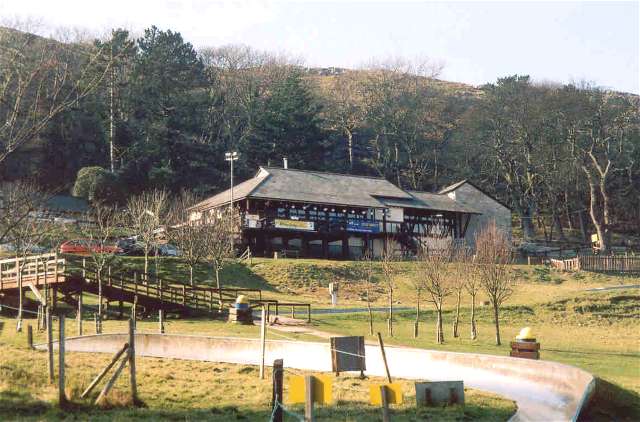 The ski centre has its own Swiss Chalet style café and shop. 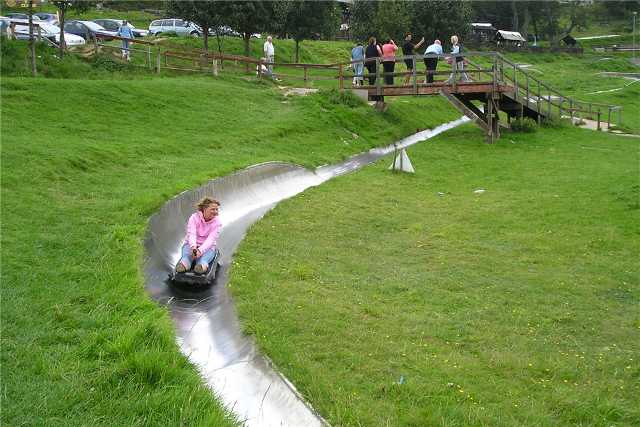 Above the Happy Valley, and opposite the ski slope is Pen y Dinas, a Scheduled Ancient Monument and site of an Iron Age hill fort with the remains of over 50 hut circles. Another feature of great antiquity at Pen y Dinas is the ‘rocking stone’ on which accused prisoners are said to have been judged by the druids.


..... NEXT
HOME - Llandudno Queen of the North Wales Resorts