The Promenade at Clonmel Street


The promenade is built on a natural shingle bank, which protects from flooding at high tides the somewhat marshy land (now drained by pumping) on which the modern resort of Llandudno stands. The superb crescent of hotels (one of the finest in Europe) that creates a magnificent backdrop to the promenade was proposed by Owen Williams, a surveyor from Anglesey and Liverpool, who had his first meeting with Lord Mostyn's land agent in 1846 and became the surveyor to the Mostyn Estate in 1847.

From North Western Gardens take the obvious route to the Promenade along the short seaward section of Vaughan Street to the Imperial Hotel at the corner of Gloddaeth Crescent. To the right is Mostyn Crescent and beyond that over half of Llandudno's northern shore line including Neville Crescent and Penrhyn Crescent and beyond as far as The Little Orme. 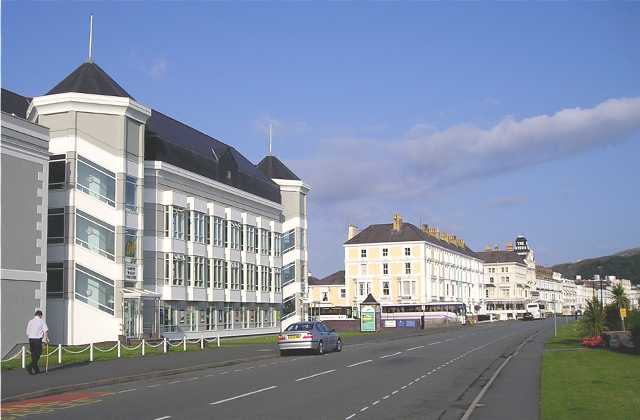 Neville Crescent ends at The Hydro Hotel (with its tall roof) and Penrhyn Crescent above includes several hotels, Venue Cymru - the North Wales Theatre (above) and the adjoining Arena and Conference Centre. The theatre is the principal North Wales venue for Opera (including the Welsh National who visit each year), Ballet, Drama, Orchestral Concerts and Recitals, Musical Comedy, Ice Shows, Circus and Pantomime. 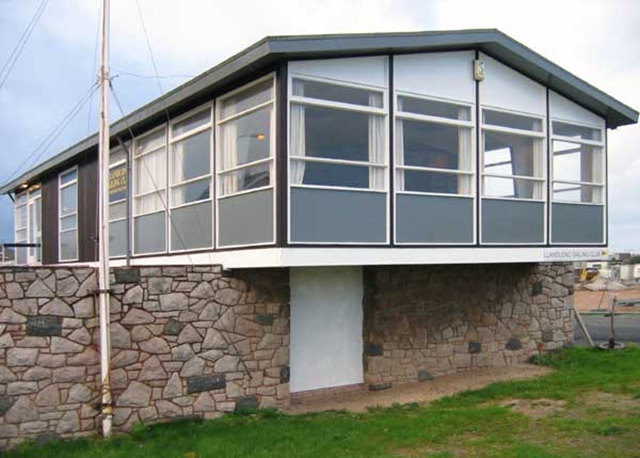 
This superb bay continues further for almost another mile, past the former Arcadia Theatre site (which has recently been redeveloped as an extension to the Conference Centre) and the Llandudno Sailing Club above, through Craig y Don (with excellent hotels and where there is a large and very popular children's paddling pool on the Promenade) and on past Bodafon Fields and Children's farm (also sanctuary for birds of prey) to Craigside and the Little Orme. 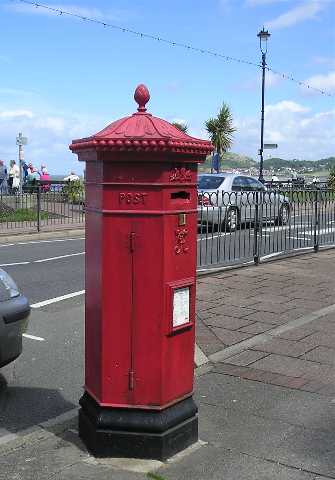 But the walking trail continues to the left from Vaughan Street along Gloddaeth Crescent towards Clonmel Street (junction above left) and the Queen's Hotel (Llandudno's second oldest sea front hotel built in 1855) at one end of Saint George's Crescent leading to St. George's Hotel (built in 1854) at the corner of St. George's Place.

The 5th Trail Marker stands on the Promenade across the road from the Queen's Hotel. But on the footpath directly in front of the Hotel stands a Penfold hexagonal post box of 1866 still in regular use. It is one of the few six sided pillar boxes surviving in Wales. 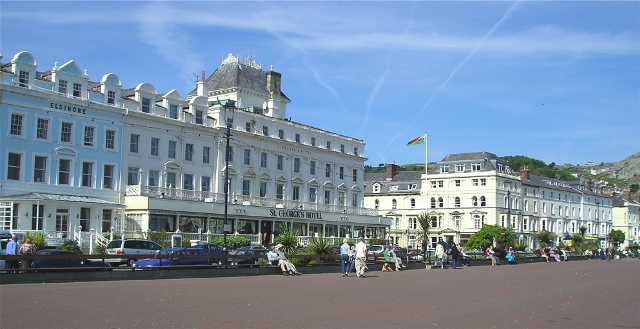 Beyond St. George's Place (a continuation of Lloyd Street) is Glan-y-Mor Parade leading to South Parade.  But it is on the Promenade near St. George's Place that the Llandudno Lifeboat, with its tractor, can often be found at weekends.  The lifeboat house is in Lloyd Street, midway between the two shores, it is too small for the next generation of lifeboats and in an increasingly unsatisfactory location (owing to today's heavy road traffic) from which they are seeking to move to a new boathouse in a new location. 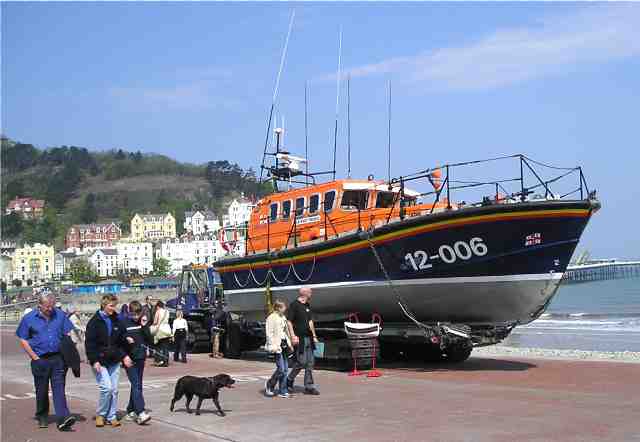 
The walk continues along the Promenade to the Cenotaph.

..... NEXT
HOME - Llandudno Queen of the North Wales Resorts