Climbing gradually from the roundabout at the junction of Gloddaeth Street with Mostyn Street and North Parade is Upper Mostyn Street, it leads to the earliest part of the resort to be developed. 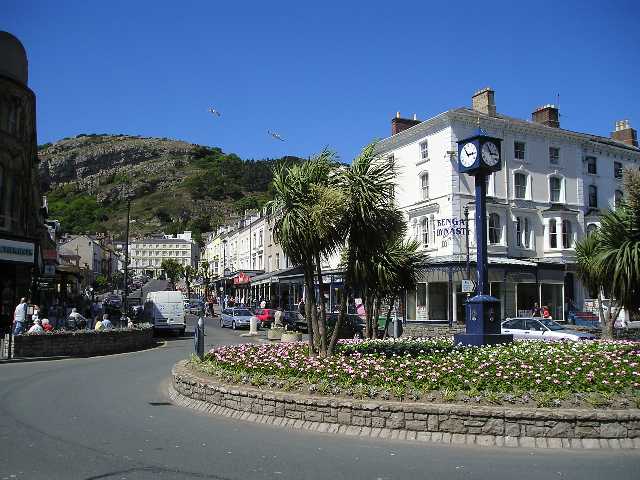 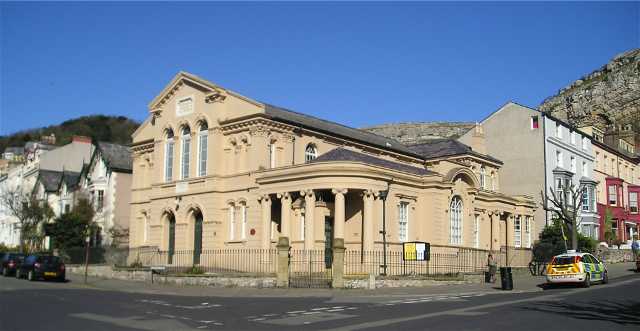 Y Tabernacl the Welsh Baptist Church at the corner of Llewellyn Avenue and Upper Mostyn Street was used by the United Welsh Church of Llandudno until 2006 and it is now used as the Llandudno Heritage Centre. The chapel is a perfectly preserved example of a 19th Century Welsh Baptist chapel. The adjoining Schoolroom currently houses the ‘Stori Llandudno’ exhibition. 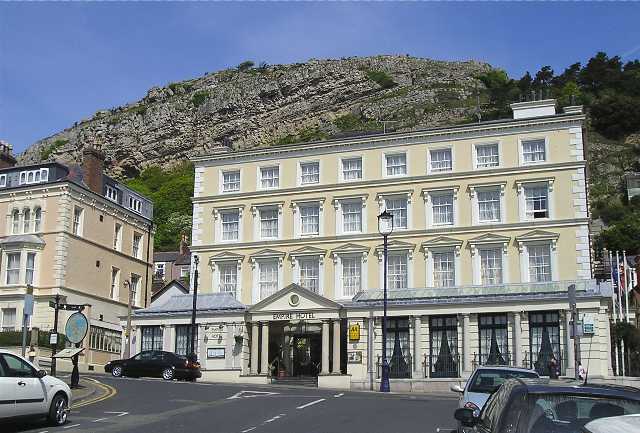 The Empire Hotel was originally a block of shops, the first 'emporium' in Llandudno, built in 1854 and housing a chemist, a grocer and an Italian warehouse all run by Thomas Williams a young man from Denbigh. Williams published in 1855 the 'Visitor's Hand-Book' the first tourist guide to Llandudno. The four columns at the front entrance were a gift from Queen Victoria, not to Llandudno but to the Winter Gardens at St. Leonard's on Sea. They were bought at a Sotheby's auction and erected with the pediment in 1993, thus completing the elegant facade.