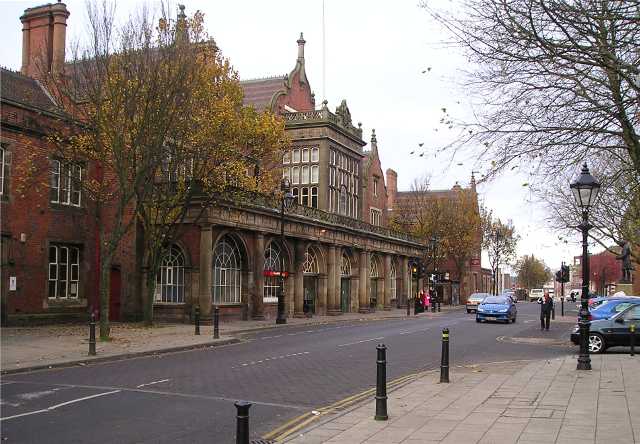 The city of Stoke-on-Trent owes its superb 21st Century railway service to the foresight of the North Staffordshire Railway Company, which established its main office and boardroom at its principal station in Stoke-on-Trent. The fine Victorian Station that they built is ideally situated on this main line (part of the shortest route between Manchester and London) and near the junction with its line to Derby.

These station buildings were completed in 1848 to the design of H.A. Hunt of London in a style referred to as ‘robust Jacobean manor-house’. Together with the North Stafford Hotel and the officers’ houses, they occupy Winton Square, in what Sir Nikolaus Pevsner has described as ‘the finest piece of Victorian axial planning in the county’. They were a masterpiece in their time and quite remarkably they have survived (among the earliest principal station buildings so to do), very well maintained, little changed, and still largely fulfilling their original purposes. They provide a facility of which the city can be justly proud. 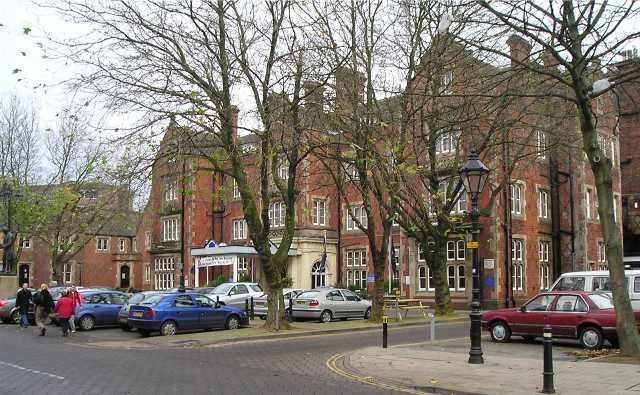 The North Staffordshire Hotel in the same architectural style. 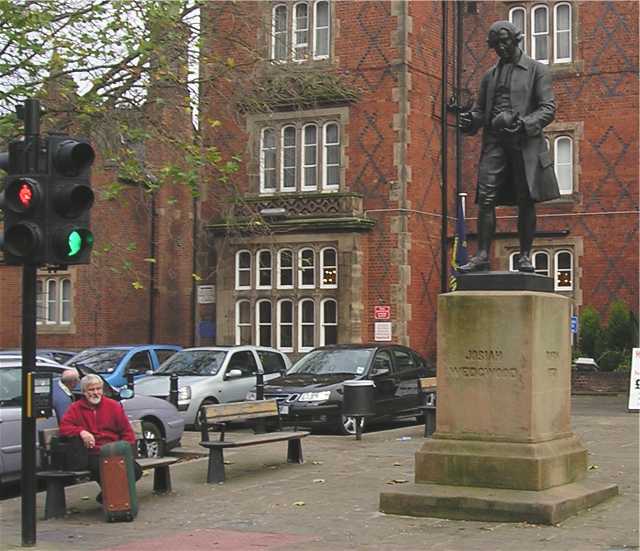 Statue to Josiah Wedgwood - North Staffordshire's most famous son
and father of the Pottery Industry. 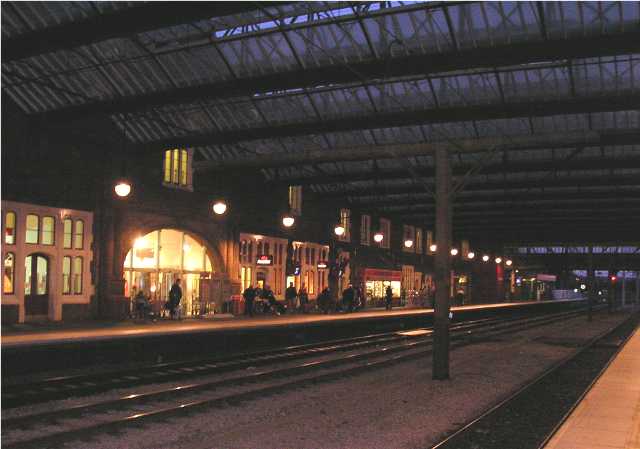 Waiting for the 16:01 on a Mid-November afternoon.