The modern tourist resort of Almuñécar on the Spanish Costa Tropica about 80 kilometres north of Malaga has a venerable yet largely unknown history. The Romans came to Southern Spain at the time of the Second Punic War between Rome and Carthage in 218 BC as part of the process of subduing the Phoenician settlements along the coast. The Phoenician Colony in Almuñécar was first established about 800 BC and had developed for six hundred years into an important town with the name of Ex or Sexi and with an existing fish curing industry that was already a major supplier of Greece and Rome. During 700 years of Roman Colonial rule the town and its industry prospered and from 49 BC the municipality was honoured (one of 20 in Spain) with the title Firmium Julium Sexi in recognition of the town's loyalty to Rome. Although the ancient history was known it was not until the 1950's that significant archaeological evidence was discovered.

Major evidence of the fish salting and curing industry was uncovered during excavations in the 1970's and 80's in the extensive Majuelo Botanical Gardens.  A small part of the site has been carefully conserved, giving some idea of the size of this industry: 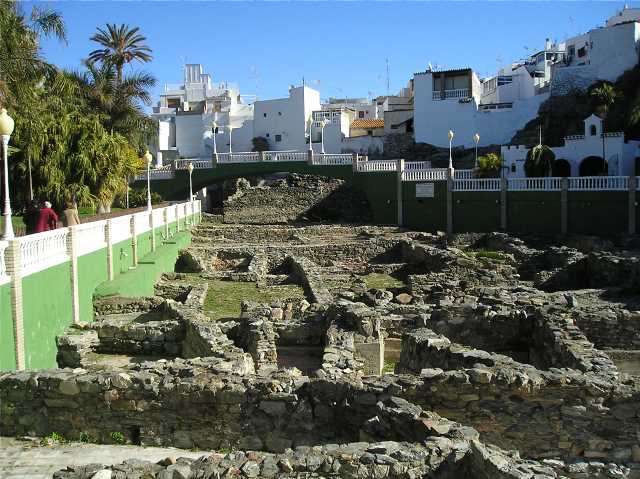 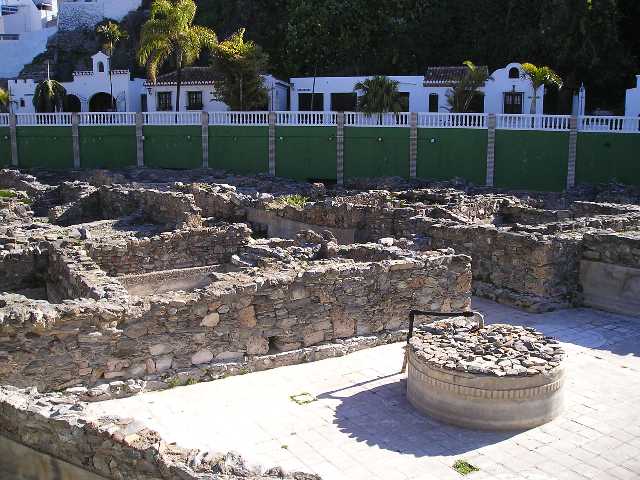 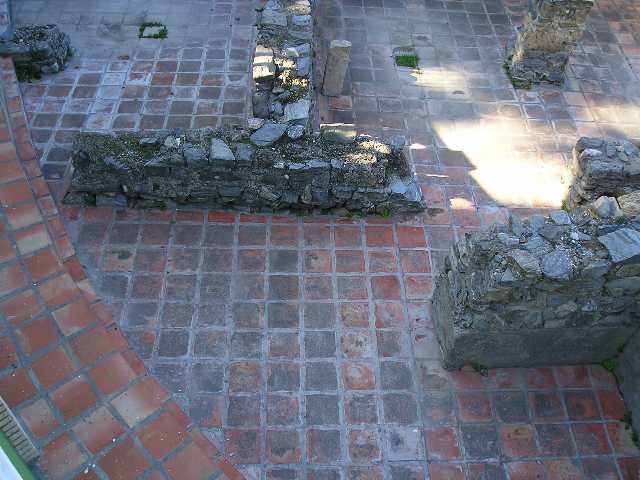 The fish curing industry involved the salting and drying of fish, principally tuna, and also the manufacture of "garum" a fish paste (perhaps similar to modern anchovy paste) that was enjoyed throughout the Empire. The industry required not only large quantities of fish and sea salt, produced in many places along the coast, but also a constant supply of fresh running water.  For this the Romans built four miles of water conduit in the valley of the Rio Seco including five significant aqueducts. All, remarkably, are still standing and four of them are still in use after 2,000 years - adapted by the Moors over the centuries to serve the needs of crop irrigation: 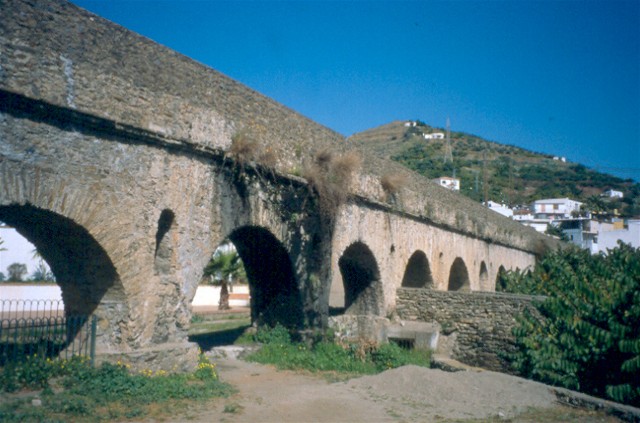 Roman Aqueduct crossing the Rio Verde at Torrecuevas in March 2000 (with a slight leak). 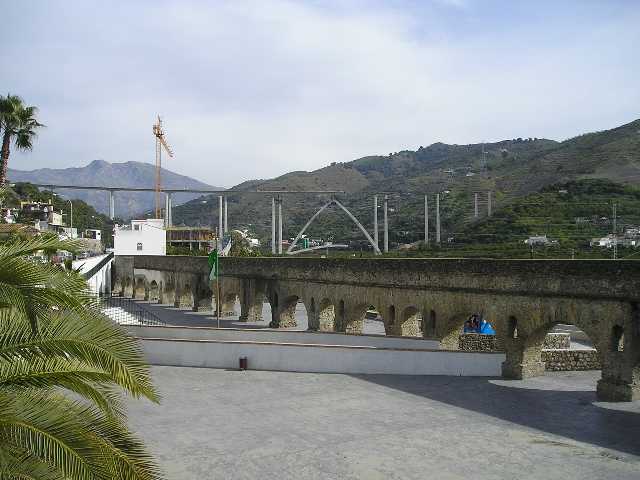 Six years later, following repairs, the aquaduct is watertight again, the rough ground paved, and the river channelled between two walls.
In the distance is the section of motorway viaduct (under construction) that collapsed in late 2005 with fatalities. 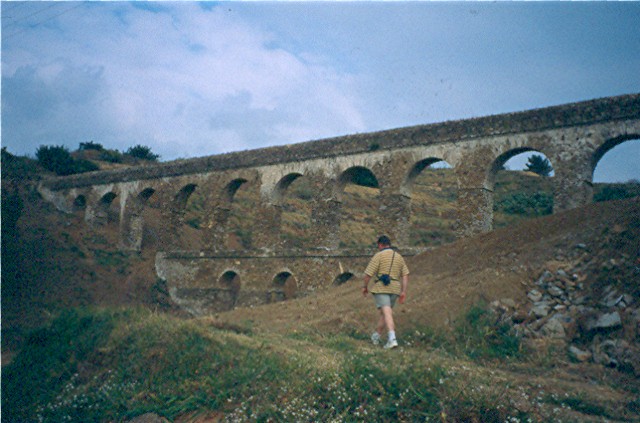 Three of the aqueducts are in the Rio Seco Valley. They are un-named and difficult to reach.
This is number 3, the nearest to the town, and I reached it six years ago after walking along the dry river bed for over a mile.
My companion striding out ahead was a Dutchman. 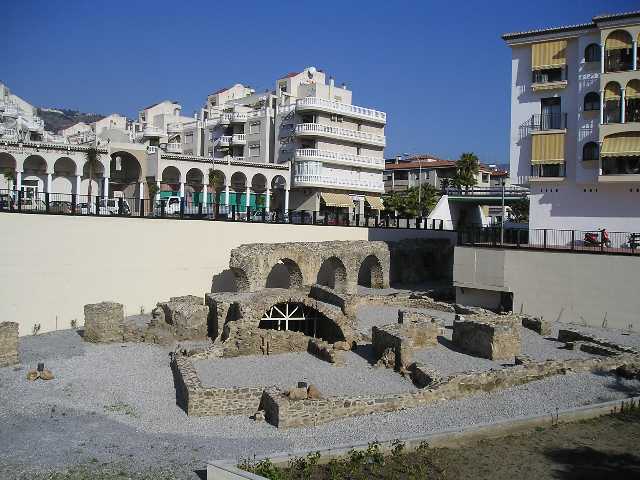 The fifth, in the centre of Almuñécar, was discovered during the recent excavations of the Roman Baths. 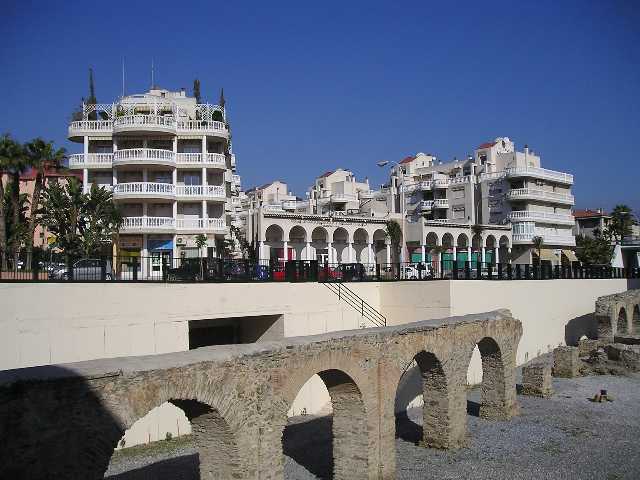 The supply continued from this point through the old town (where it was still in use in the 16th century) to the fish saltings.